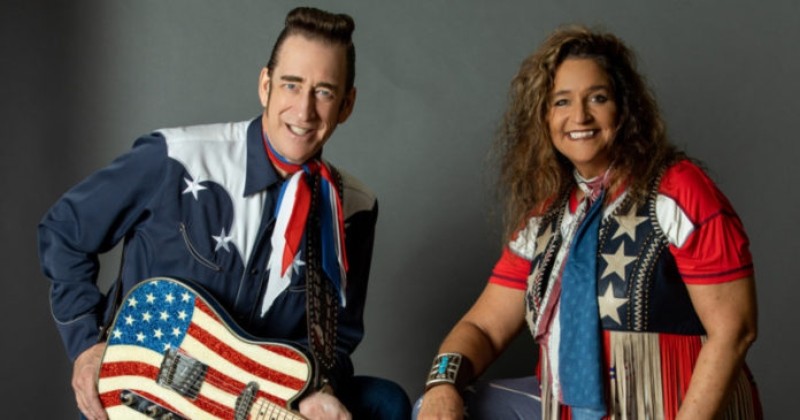 Husband/wife country music duo, 2Country4Nashville, will host a “Fan-Boree” weekend making their debut at the Ryman on Friday, March 26.

In addition to their debut at country music’s Mother Church, “The Little Country Duo That Could” is taking fans back to real twangy traditions by returning to their home base at the Nashville Palace with two free shows, along with a ticketed CD pre-release appearance at Rory Feek’s Homestead Hall Concert Barn. 2Country4Nashville’s good old-fashioned hard work and perseverance have earned them some of the most loyal fans in the music business, who will not want to miss their fancy cowboy boots taking the stage at the Ryman Auditorium!

LeAnne Ulmer, half of 2Country4Nashville, shares her excitement about their Ryman debut, saying “Jo-el & I are so passionate about keeping traditional style country music alive and heard. We love all genres of good music, but the traditional country is just our true passion that we share. To have this opportunity to play together on the stage of the Mother Church of country music, The Ryman Auditorium is honestly a dream come true, and we’re just so thankful and blessed! GIDDY might even be a better word!”

“The Little Country Duo That Could”, 2Country4Nashville has single-handedly carved out a career in the music business with good old-fashioned hard work and perseverance, along with support from some of the most loyal fans in the music business. As soon as LeAnne could, she retired from a 25-year teaching career and they hit the road. Today, the duo sells out theaters with a loyal following that “shows up and shows out” wherever they play. Through non-stop touring, they have gained a following the size of Texas.